I started a new project yesterday. The yarn, called fusion, is 287 yards of squishy soft merino handspun by FatCatKnits. 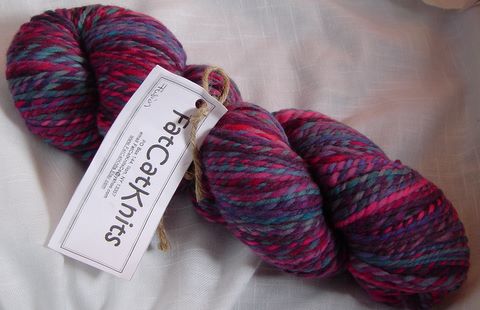 I love knitting with handspun. It has ‘personality’ and ‘character’, feels nice between the fingers and is generally fun to work with. 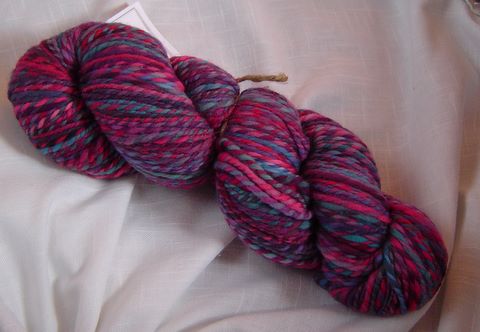 I’m making a ‘Woven Stitch Scarf’ from Ella Rae Designs Book One. It calls for US Size 15 (10 mm) needles so hopefully it’ll go quickly. You’re supposed to cast on 15 stitches, but I think this yarn is thinner than the yarn used in the pattern so I cast on 19 stitches because 15 stitches was too thin, in my opinion. I just hope I have enough yarn for a decent length scarf. This will make a nice gift for someone one day. 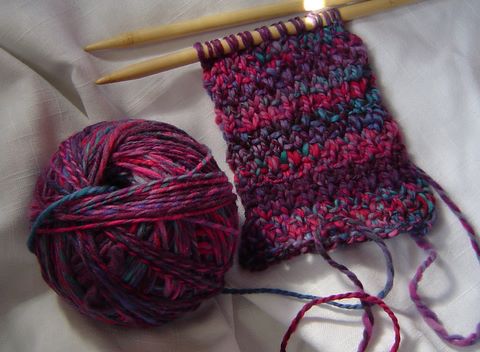 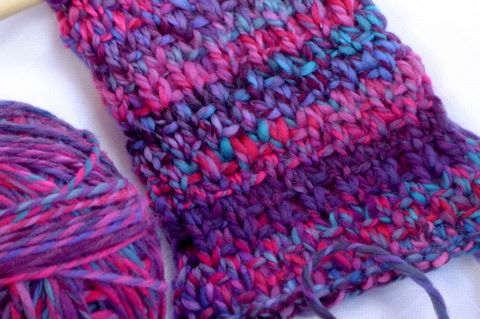 The fingerless mittens (which are NOT blue, by the way) are stalled. The first one is 97% finished (still needs a thumb) and the 2nd one I’ve had to rip parts out twice – first because I forgot to switch to larger sized needles, then, while working the thumb gusset, I had an odd number of stitches for the gusset when I need an even number. So, I’m working on the scarf for now and I’ll go back to the fingerless mitts in a bit.

Hope you enjoyed your weekend!